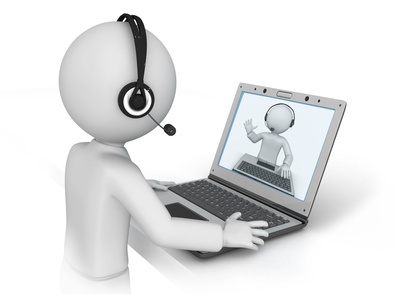 If you remember the two following principles of communication you can understand the fundamental basics of how we interact and communicate as social beings.

The meaning of a message is the effect that it has

Each side is training the other all the time

If we look at the first principle: The meaning of a message is the effect that it has

A good—yet sad—example of this has been a miscommunication in a somewhat life or death situation.  One man was accidentally shot by another hunter who mistook the man for a Moose. The person who was with the shot man immediately pulled out his phone and dialled 911. When the operator picked up the phone the man said, “I think my friend is dead.” The 911 operate replied with “I need you to make sure he’s dead.”

Now, the man on the phone was of average intelligence. He literally took the operator’s meaning to be that his friend had to be dead before she can help him. The operator heard the sound of a gunshot and the man replied to her, “Yep. He’s dead. Now what?”

These situations are more common than you would think. There have been many stories of people driving their cars into rivers or creeks because their GPS told them to keep going straight. Or the people who clicked cruise control in their car (even after reading the user manual) and understood the information to mean that the car can drive itself.

Obviously these two examples were not what the operator or user guide writer intended for the given audience. But the meaning of a message is the effect it has on the audience. Everyone interprets information differently. If you want a certain behaviour to be enacted, make sure the message states exactly that.

The second principle: Each side is training the other all the time

If you take the example of a job interview and you are halfway through answering a question. You notice that the interviewer keeps looking at their watch, roles their eyes and loses eye contact with you on several occasions. What does this tell you? Well, if you look at principle one it can tell you many things:

When you look at principle two, you start to uncover things about the interviewer’s reaction towards you. Maybe they’ve had a long day and you’re the 150th person to be interviewed. Maybe they don’t care about the recruitment outcome. Whatever their reason – their body language should tell you that your approach needs to change. They are essentially telling you that you’re not hitting the mark. Your response to their question is having a negative effect on them, and they are essentially ‘training’ you to change what you’re doing.

This can also be true at a more basic level. Consider an email a colleague has just sent you. They start their email by saying “Dear Toyin”, (comma) and end the message with “Kind Regards”, (comma) John. Rapport is a big thing in non-verbal communication. It is essentially when you consciously or subconsciously mirror the actions, body language and emotions of the person to whom you are communicating. To build rapport—even in an email—psychology suggests you mirror exactly the same structure that has been sent to you. Replying with “Dear John”, (comma) and signing off the message exactly the same is a way to build non-physical rapport. Given that John is using formal language you could interpret that a.) John is professional given the formal approach he took just to write an email; b.) he believes there should be a punctuation mark after the introduction and at sign-off (if you don’t mirror his writing style – could you be implying that John has incorrectly used the comma? Cognitive psychology says John could interpret this as an insult to his writing, either at the conscious or subconscious level!); and c) rapport builds relationships. Being in good rapport means you are essentially ‘in sync’ with the other person. It can establish equality in friendships, familiarity with the person and trust in the person. When we don’t have rapport we might have miscommunication, a lack of respect or no mutual understanding.

Remember that the meaning of a message is the effect that it has and each side is training the other all the time. These two principles cover all aspects of communication: written, verbal, non-verbal, cognitive comprehension and social interpretation. Together they can bring to life all kinds of approaches on how and why to communicate.